January 2010. A lot happened last year, but also a lot grounded to a halt.

The Cuddles short had to be abandoned due to the ageing base model. She may still have the odd image turn up every now and then, but as for any future animations.....don't expect to see anything any time soon. Unless of course, I completely remake her using the current widely used base model, Victoria 4, by Daz3D.

New Dawn is still on the drawing board, and will still be the second feature film from Dark Project Works, after the completion of Destiny.

Destiny will now be going back to its motion comic format for the movie. This will dramatically increase work flow, providing rich quality in full HD. Added movements are planned to give this motion comic movie a more animated feel, kind of like the teaser for Vol.2 of the original outing, yet the movie will all be in its current anime style. A teaser is being planned for the end of the year, which will feature these improvements.

Talking of motion comics, Desert Earth, the latest edition to Dark Project Works, has arrived. This new project, having no ties to previous stories, is set in yet another grim future for planet Earth. Anything and everything on the planet's surface has been wiped out by the sun, as the survivors seal themselves within domed cities. This is the first project ever, in which I have a starring role. Everyone playing a character in Desert Earth has their own face on screen. It's a massive project and will be taking up most of the year. The first episode arrived in January, the second arrived in April. Episode Three is due June 2010, continuing every other month until completion.﻿ 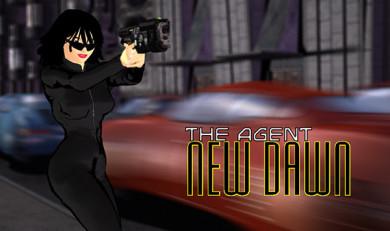 June 2010. I've also been thinking a lot about my plans for after the series. Destiny keeps coming back to me. It's been a long time since I finished the screenplay, would be a real shame not to make the movie. And then on the other hand, I have the newly retitled "The Agent: New Dawn". This is a character and story which has had so many changes since it's original release in 2005. I would really like to do something with this too.﻿

July 2010. With Desert Earth: Episode Three, finally released, I'm thinking more about my plans for next year. I think jumping straight into another project without a break, will kill me. And trying to release an episode of Desert Earth every month, just isn't possible. So from now until the end of the year, I'll be working on all the renders for episodes 4-8 of Desert Earth. At least then when I release them, they'll be pretty much released back-to-back.

August 2010. Over the past month I've been working on some images for yet another new project. And it has been decided that this will be my main project for next year. It's called Keep Back The Night, and is planned to be an illustrated novel. Ideas are currently being worked on, hopefully it should prove to be quite good. Keep watching this space, or join the facebook page for up to date information.

Just over a week into the month, a music video competition came up. I love new projects, something to challenge me. As I've tinkered with scripting music videos in the past (Wingmakers), this is something I have been dying to do again. Not only does creating the video mean so much to me from a creative standpoint, but it'd also do wonders for Dark Project Works itself.

September 2010. The month has just begun, and the music video is complete. Which means from next week, it's back to Desert Earth.﻿

November 2010. Time has been completely getting away from me recently. So far, only the first scene of Desert Earth: Episode Four is complete, but I am looking to release the episode in full, by Xmas. I have a lot of work to do, as it's a 5 scene episode.

I have also been working on Keep Back The Night, with new images and story insights. I have also started writing the novel! It's a long way off, but the ideas are forming well.

December 2010. The Keep Back The Night: Xmas Special took up a lot of my time this month, so I'm still 2 scenes short on Desert Earth: Episode 4. This will now be released in January 2011. It's not all bad though, as the episode is looking quite nice, and I've been able to use a lot of video clips I created for the recent music video.

Every episode of Desert Earth has a particular overall tone which reflects the title of the episode and is represented brilliantly in it's soundtrack. This series has been a huge trial for me with motion comics and storytelling, something that will surely develop as time goes on.

Anyways, enough from me now, see you in the new year.﻿ 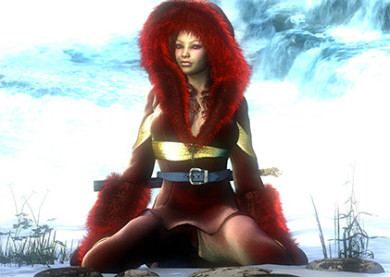