The doors open, and she stumbles into the abandoned corridor. The screeching sound of an alarm pounds in her head as she tries to focus on her surroundings. Her tentacle arm drips with the blood of her captures. She outstretches it, trying to throw it off, to reveal the human inside. It collides with an overhead security camera, and swings back to her. It is part of her now. 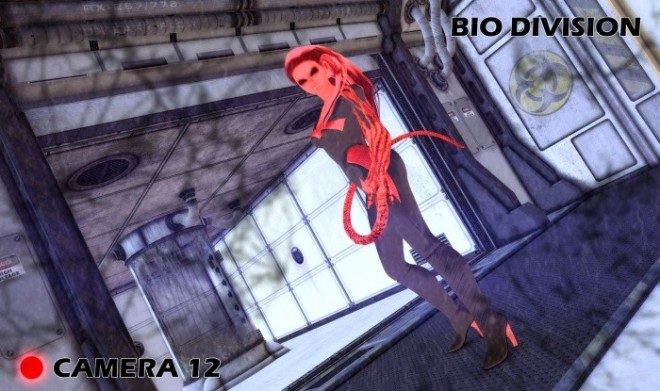 The arrival of a security guard startles her. She lunges the tentacle towards him, it cleanly pierces his chest, then retracts. The guard, a little shaken, looks at her, and laughs. She steps back, frightened. Pain from within, as the hole in the guards suit begins to bubble. He falls to his knees, his chest bursts open. A creature screams, consuming the guard from the inside out. The purpose of the tentacle is now known.﻿ 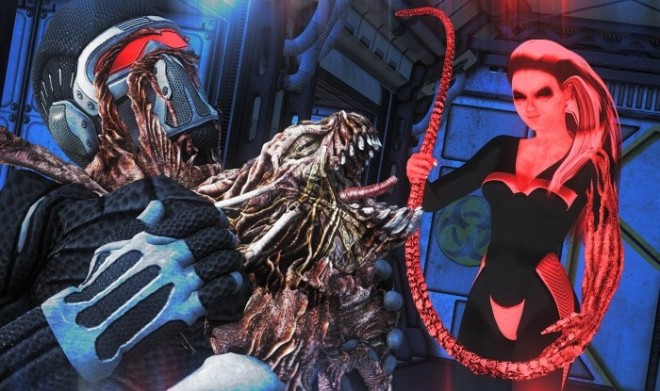 The creature tears itself from the guards suit, every part of the man's flesh and bone mutates until nothing human remains. It lays, twitching on the ground beneath her, muscles forming as the bones crack into its new stature. It takes only seconds. The creature rises to its feet, bowing in her presence.

She is queen, she has the power, and she won't stop here.﻿ 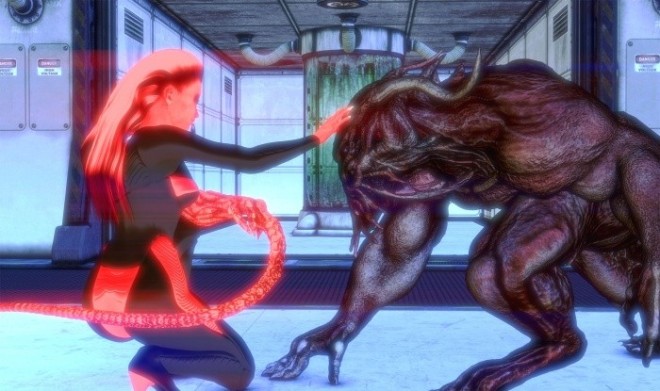