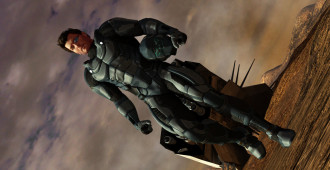 After leaving the planet at the end of 'Desert Earth', Cal travels to Mars, on the heels of the Syndicate, who had taken his son many years before. His arrival is met by the Syndicate's orbiting defence platform, which fires at his craft causing him to crash-land 6 miles off the Martian city of Kulapejj.

And so his journey continues...

(Yet to be named) -Avangeline 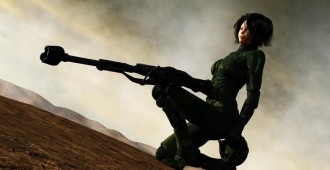 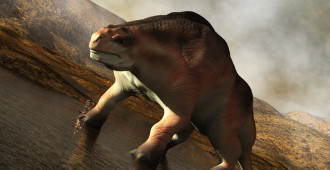 Decades after humanity terraformed the planet Mars, geneticists sort to populate the planet with creatures able to withstand the harsh climate of the 'New Earth'.

First came the Movar -nicknamed the Martian Cow. This mammal contains DNA traits from many great Earth bound animals, not only able to withstand the planets occasional sandstorms, but also a valuable food source in the very early years of human colonization. With an extremely high reproductive cycle fused within their DNA for the first 15 years, these beasts have become the most common wildlife on the planet, of which they now roam freely.

The Movar are hunted to this day, providing a wealth to the outer bound colonists of the city.﻿ 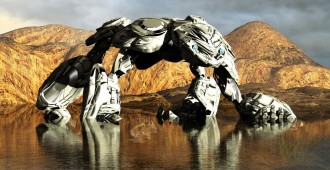 The Desert Roamer is a large scale robot under Syndicate control. It seeks out rouge heat signatures far from of the 'Syndicate Law' of the city, and searches out downed spacecraft/satellites also.

It's A.I. carries a curious nature. 'Ape like' in appearance, its curiosity is like that of a young child. When it's primary programming is activated, the 'child mind' is temporally dumped, allowing the machine to become a brute force to be reckoned with.﻿